Azerbaijan being the home of ancient Shogan, and since 2 years also the site of a spectacular Arena Polo Tournament. General Elcin Guliyev and Mister Manuchehr Ahadpur Khangah beeing the local visionaries and Pioneers. Since 2013 Azerbaijan is member of FIP, and ready to make history again in hosting this very first European Championship in 2015. World Polo has organised over 100 Polo Tournaments on Grass, Sand and Snow, including 2 FIP World Championships and 2 FIP European Grass Championships, including the first ever European Championship in Berlin 1987.

The Azeri Polo Team has made tremendous progress! They will be a great and competitive host team in 2015! 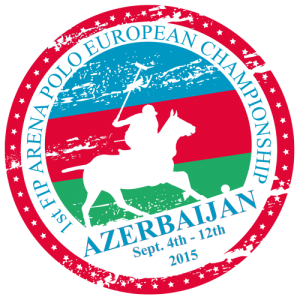